Bolivia is a relatively undeveloped country in the heart of South America. To explore this unpolished diamond, fly to its administrative capital La Paz, which sits high on the Bolivian plateau at a breathtaking altitude of about twelve thousand feet.

It may be a poor country, but it has a wealth of natural treasures. Riches that shine through in the country’s infinite salt deserts, extraordinary islands, mountains of silver, tropical lowlands, and high altiplanos where alpacas roam.

Look beyond the countries back to basics architecture, cuisine, and lifestyle to find some real jewels. from sixteenth-century Spanish colonial mansions to modern buildings modeled on pre-Columbian temples. So here are the most astonishing facts about bolivia that you should know.

Maybe this one is the weirdest bolivia facts to you but not to them. Guinea pig or “cuy” has been a traditional part of the Bolivian diet for many years as it is a major source of protein and is also considerably easy to raise.

If you don’t have the guts to eat a guinea pig, other dishes on the menu include salteña, an empanada style pastry filled with beef, pork or chicken, or Silipancho, a super filling dish consisting of rice, potato, meat, egg, vegetables, and herbs.

Feeling a little parched? try a traditional Licuado, a water or milk-based beverages blended with your choice of fruit.

Bolivia’s most stunning sight is the Salar de Uyuni, a salt flat that surpasses any other. Over 4,000 sq-miles (10,000 square km), it is the largest salt flat in the world and measures roughly the size of Jamaica. Travelers have been known to spend days exploring this giant mirror-like wonder.

Visitors also tend to flock to Lake Titicaca, South America’s largest lake by volume. Straddling the border with Peru, Titicaca measures up to 3,232 sq-miles (8,372 square km) and is considered by many locals to be sacred.

Bolivians enjoy many fun-filled fiestas throughout the year, starting with the Alasitas Fair in January. The month-long festival is dedicated to giving gifts to Ekeko, the god of abundance.

One quirky festival that sounds less enjoyable than most is Tinku. Loosely translating to “violent encounter,” brutal ritualistic combat erupts in the hill-towns of Bolivia once a year. Using fists and stones, participants supposedly fight to honor Pacha Mama, but nowadays it’s more to prove bravery.

Warfare is so vicious that deaths are reported each year, meaning you’ll want to avoid the Bolivian highlands during early May if you plan to vacation there.

It was a hard battle for their independence against the Spanish and 16 years of bloody wards were endured so that Bolivia could have the right to govern itself. Before becoming its own nation, Bolivia was part of the Spanish Rio de la Plata viceroyalty. After failed revolutions in Sucre and La Paz in 1809, Spanish authorities continued to reign.

But, as the Spanish-American wars of Independence raged across the continent, Bolivians continued to fight for their freedom under the campaign of Simon Bolivar. Support came from the north via Bolivar’s friend and fellow Venezuelan Antonio Jose de Sucre, for whom the capital is now named.

Independence was finally declared on August 6th, 1825 and Bolivians celebrate each year with parades and fireworks.

Exploring Bolivia holds the promise of discovery, the prospect of finding something precious where few have cared to look. Whether you visit its heritage cities to chase the romance of the days gone by or engage in thrilling outdoor adventures, you’ll be rewarded with beautiful memories for life.

What to Consider When Planning a New York City Family Vacation 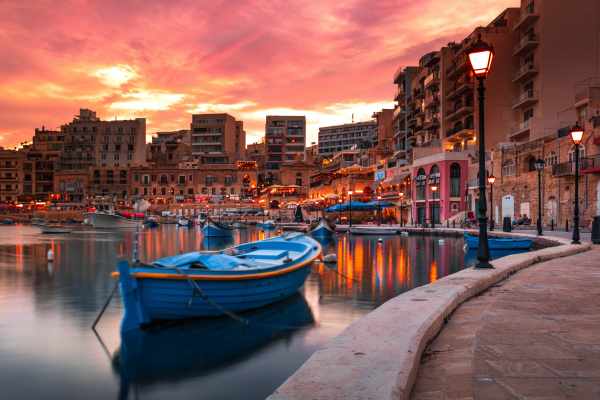 What to look for when booking accommodation in Malta

Essentials to take on your trip to Malta

Longest Bridge in the World That Exhibit Fascinating Work of Engineering

4 Bizarre Lifestyle Facts That Are Totally Wild And True

There are many things that are fascinating in this world. Humans, especially, seem to be one of the more curious...