After making millions of fans excited, the much-anticipated Conspiracy Collection has been revealed. Yes, we’re talking about the Jeffree Star x Shane Dawson makeup line that has taken the internet by storm in the past 24 hours. Here, we’re going to discuss all that led to the launch through their latest video release and what’s in store in the collection.

The Approval of Palette Design

The Conspiracy Collection Reveal video on Shane’s channel showed how he and Jeffree got everything going for their makeup line. They were seen approving the designs and how hard it was to choose some over the others. Both Jeffree and Shane were in a fix regarding the initial structure of the palette box, and that was quite a hard decision.

The entire team gave their best efforts, and Shane put in all his ideas to make sure every piece was perfect. The design of the smaller palette version called Mini Conspiracy was easy to finalize. But the big one took a reasonable amount of time because there were just so many good options to add. Soon they concluded and decided what to keep and what not to. Some colors got both Shane and Jeffree excited, and they couldn’t resist having them onboard.

The Conspiracy Palette design comes in a unique box and has a triangular hood shape on a rectangular bar. It is so attractive that it can draw your attention at any moment. The triangle which is placed at the center of the box carries the logo of Shane Dawson with the initials SD. The bottom part of the box has all the detailing along with the logo of both Jeff and Shane. Also, the palette has two small logos imprinted on either sides of the mirror inside the palette. The mini palette version too has a similar design inside. The video reveals that this palette is really dear to both the YouTubers and so closed to their hearts that they’d call it their ‘child’.

Once the palette design was approved, it was time for promotions. Targeting digital media was the best thing as it revealed a lot of fan’s expectations. There was a huge promotional backup from Shopify and they were ready to promote the Conspiracy Collection as soon as it was all set for the big launch.

Apart from that, Jeff and Shane both did a photoshoot for the Conspiracy Collection and it was truly amazing. It was all about the Conspiracy cosmetics which enhanced their beauty to a different level.

Isn’t it amazing to find men promoting, making, and selling makeup? For the icing on the cake, we get to see both of them try different makeup types to settle for the promotional looks. When you visit the website, you will get to see amazing pictures of Shane and Jeffree in ravishing makeup.

Now we roll down to the Conspiracy Collection which holds a lot of surprising elements for you. As you know the clothing collection of Shane Dawson was revealed a couple of days back and the entire stock was sold out in just 30 minutes. The clothing collection was sold through Jeffree Star’s Killer Merch. Now when the cosmetics, as well as the piggy side bags and makeup bags, are going online for sale, you can feel the heat. Whatever stock is out for sale will be termed as limited stock and you got to hurry. Let’s check some of the best things you have to add to your makeup list:

If you opt for the palette bundle then you get both the Mini Conspiracy as well as the Conspiracy Palette. The bundle costs $ 72 only. Here you get a total of 27 shades. This is a great deal for all the makeup lovers.

Shane has really put in his magic and makeup enthusiasts have already started trying, testing, and reviewing the makeup. They can’t stop gushing over how exclusive and exquisite each of these looks.

The Shane Glossin’ Lip Gloss is priced at the same value as the lip balm. You can get access to this product through Jeffree Star’s Cosmetics website.

The liquid lipstick bundle of Jeff and Shane contains 6 different colors of lipstick. The bundle costs $90 only and the shades are:

All the shades are super awesome and you can get a glance of them through the promotional pictures. Also, you can buy them from online stores.

This is the most amazing part of the collection as it is the entire Conspiracy Collection of Cosmetics. This bundle has it all and will cost you $210 only. It contains all the Conspiracy Cosmetic products. Here you will get the Conspiracy Palette Bundle, the Lipstick Pig Bundle, the Gloss: Shane Glossin’ and the Diet Shane Lip Balm.

The entire plan took a year to execute and now it is all out for you to enjoy and add to your makeup collection. Remember how the clothing collection got sold out, and a YouTube video surfaced from Shane’s channel? The Conspiracy Collection Reveal has already got over 15 million views and still counting. This is where all the revelation was done by Jeffree and Shane.

In this video, Jeffree had also revealed that the collection was to go out on sale on November 1, 2019, and so it has! It has been a great year of hard work, dedication, and passion for both Shane and Jeffree and it is time we shower our love upon them by buying these exclusive products. 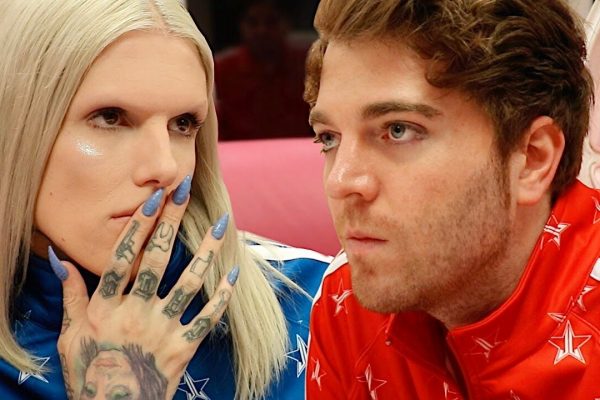