Coke or cocaine stays in our system for 3 to 6 hours after you last take it. But it includes an active metabolite called benzoylecgonine which takes some more time to go out of the body. You will take a couple of days to get rid of it entirely. Here, we will tell you how to pass a drug test for coke and other medical aspects linked to it.

When someone snorts cocaine, 40% of it hydrolyzes and forms benzoylecgonine. From the rest, 40% gets metabolized by your liver and produces ecgonine methyl ester. The drug you snort has less half-life, say about an hour, but benzoylecgonine has six hours of half-life if not more.

What are the effects of cocaine?

Cocaine is stimulant that enhances energy levels and causes a euphoric rush in your body. The negative part is, that it’s not all fun and frolic – it comes with the danger of drugs too. People can react differently to coke and their actions can come out as paranoia, violence or aggression.

When you smoke, inject, or snort cocaine, it triggers your dopamine to flow right into the brain. Instead of getting recycled the way dopamine usually does, it stays in the brain and that leads to euphoria.

People who take coke regularly are used to binge cycles as the effects remain for a few minutes. This means, most people take cocaine over and over again to stay high. This is why this drug is so harmful.

How is a cocaine drug test done?

A cocaine drug test or a cocaine screen can detect the drug from your blood, urine, saliva, sweat, and hair. The test determines if the drug is present in your body or not. The half-time or the timespan it works on your brain doesn’t determine if you still have the drug in your body or not. As discussed, even the metabolites of the drug can test you positive and those stay for at least two days.

Our body produces certain chemicals which is called metabolites and they occur while processing coke. Two metabolites of cocaine can show up like the drug test – ecgonine methyl ester and benzoylecgonine.

You can have a cocaine drug test in your doctor’s office or in a clinical setting. The results can show up in a few minutes when you do a rapid screening. There are many reasons that might need you to go through the drug test. For example, when you’re looking for a job, police catch you rash driving, applying for insurance, and so on. People in an emergency room might also need a cocaine test if the healthcare expert thinks that the patient is drugged.

You might have to test for cocaine when you need a wider drug screening. In this case, you will be checked for marijuana, amphetamines, opioids, and PCP.

How to pass a drug test for coke?

It is very difficult to pass a drug test for coke. This is because the metabolites stay in your system for two days, but the traces can be found in urine for two months. The only way you can pass the test is if you don’t ingest it.

You can abstain from the use for a limited span of time to make the results come negative. For example, if you apply for a job, you should not take cocaine until you have passed all the processes. We don’t mean you should have it at all, but snorting a drug a couple of days before the screening will disqualify you anyway.

There are chances to have a false positive, especially with immunoassay test. In such a case, you get a positive result even when you didn’t do drugs. To prove the results wrong, you need to go through a gas chromatography or mass spectrometry follow up immediately.

There have been several results of false positives but going through this process is rare. When you know you haven’t taken coke it is essential to invalidate the result.

It is difficult to defy professional testing results like that of National Drug Screening. They offer all kinds of tests like immunoassay test and non-negative screening like chromatography or mass spectrometry. This will help you get to the right results anyway.

How long does cocaine stay in your body?

The answer to how to pass a drug test for coke can be determined by the body part you’re testing. This simply means that testing your hair can yield different results compared to testing saliva.

When you discuss a cocaine test, most people wonder how long it stayed in their system. They were high for a short span of time, but that doesn’t mean their urine won’t test positive.

Urine tests can catch you red-handed if you have cocaine with 48 hours of the drug test. The drug metabolizes within four hours but stays in your system for a long time.

If you are a long-term user or heavy user, you can have the traces of coke in your body even if you didn’t snort in two days. In certain types of drug screening, cocaine can show up even after three months since you didn’t use it.

If you go for hair testing, your body might show signs of coke even after three months since the last dose. The saliva reflects an instant effect depending on the half-life of coke. The drug stays activated in your saliva for around two hours but can leave traces for 19 hours.

If you mix cocaine with other substances or have too many substances together, the results can vary. So, how often you take cocaine, how you took cocaine the last time, or what else you had with it are all essential factors to consider.

If you take cocaine only once or say for the first time, it will be detectable in the urine for 3 to 5 days at the most. If someone takes a large dosage and uses it occasionally, it will show up anywhere within 3 to 7 days. But if they take it frequently or heavily, they can show positive after 14 days from the last usage.

You might be looking for answers on how to pass a drug test for coke because you don’t want to test positive. However, we would recommend you to not take drugs as it is not only harmful for you but deadly too.

How Long Is the Flu Contagious: Symptoms and Precautions 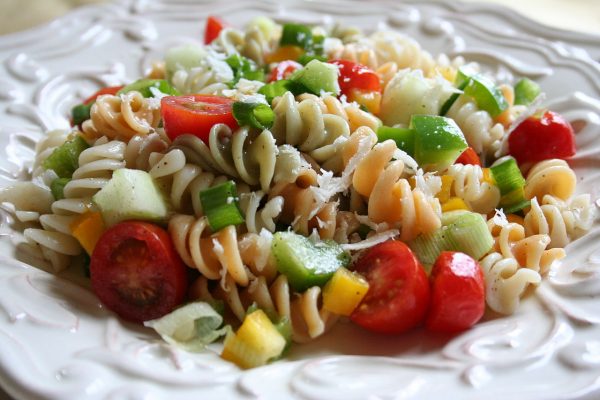 Delicious Pasta Salad Recipes for Your Next Brunch

What Are the Best Types of Chest and Triceps Workout for Men?