We all love being shown we’re appreciated, no matter who we are. Equally, humans are pre-disposed to like giving. For millennia, humans have exchanged goods for services and as a way of cementing relationships and building bonds. Sometimes gifts are given to receive something in return, but more often than not, we give presents to reinforce relationships with those we love, but there are other ways to demonstrate your affection without the need for pricey presents. Here are Small Ways to Show A Person You Love Them.

Sometimes, small gestures can mean more than big gifts because they show that thought has gone into the gesture. If you’re looking for a way to show someone you care about them beyond a big birthday present or a Christmas hamper filled with flowers and chocolate, here are three unique ways to do so.

The basis of any good relationship is compromised, and for good reason. There’s no better way to show someone you love them than by compromising on a situation. That could mean doing something you don’t necessarily like but they do (such as a day out or an experience), or it could mean putting your plans on hold to support them wholeheartedly in their projects.

Compromise isn’t an easy thing because as much as humans are generous, they’re also inherently selfish. Whilst we developed compromise as part of our evolution to avoid dangerous conflict, we’re still much more likely to only compromise when a direct threat is posed, such as war. In normal terms, this means you might be less likely to compromise on anything unless your relationship is on the line. Rather than letting it get to that point, it’s well worth the effort of doing something you’d probably rather not to show your commitment and your loyalty instead of having to use energy later down the line to fight it out.

See also  How to Have Fun on Your First Date

If that fails, you might what to think about how much you would like it if your partner was willing to do something with you or give in on a subject that was important to you just to show you they love you. Nothing says ‘I love you’ more than sacrifice and selflessness, and best of all, compromise is free.

Sometimes, the smallest thing can have the biggest impact, and for this reason, it’s well worth making the effort to incorporate small sayings and actions as part of your daily routine. Whether it’s saying “drive safe”, “let me know when you’re home” or a simple “how are you”, these small affirmations show someone you really care about them and their wellbeing. Making a conscious effort to say these things to the people you care about the most in life can make them feel like they’re loved and appreciated.

Aside from sayings, you could leave a little note saying “have a good day!” or even make them breakfast or lunch. Tiny things like this can make all the difference to how a person’s day goes, and they’re sure to generate a smile which is always welcome.

Other small gestures include making the effort to really listen to your partner and asking more questions about their life/work/projects to show a real interest.

If there’s one way you can show someone how much they mean to you, it’s by making an effort with their friends and family. It’s not always the easiest thing in the world – especially if your partner is especially close with their circle because they might be overly protective – but taking the time to break down those barriers and build a relationship is one small thing that can have a huge impact for the better. You can make the effort by going for dinner, organizing a day out with them or even just saying hello in a message. However, you choose to do it, building a relationship with those your loved one loves the most is a great way to demonstrate your commitment to them and show them just how much they mean to you.

See also  Adultery and Divorce: The Impact on the Divorce Case

A relationship is made of more than small ways of showing your love, but these three ideas are a surefire way to strengthen your bond and show your loyalty, and what comes from them can only be good.

How To Meet Single Women From Ukraine through Dating Sites in 2022?

Why is Sex Vital in Relationships? 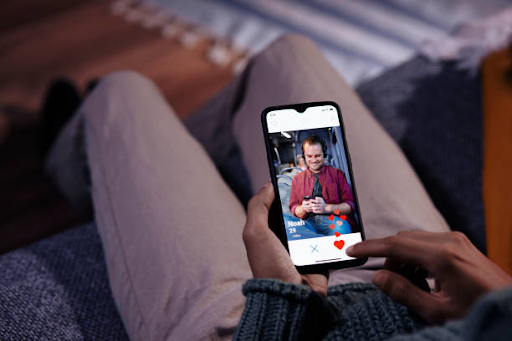 10 Reasons You Should consider Matchmakers in 2022