The United States is home to many major sports leagues that constitute a massive industry. There are many cities in the US that have several sports teams and legions of faithful fans, making them bonafide sports utopias. In these cities, the love and dedication surrounding their home teams create a strong culture with many long-standing traditions. From New York City to Los Angeles, here are some of the biggest sports cities in the US.

Pittsburgh is an often-overlooked city in the US that’s home to many hardcore sports fans. The city may be small, but it has a huge presence in several major sports leagues. The history and traditions of this sports city go back generations, and Pittsburgh is well known for the loyalty of their hometown fans. For NFL football, Pittsburgh has the Pittsburgh Steelers, one of the most famous and successful teams in the entire league. The Steelers were first established in 1933, making them one of the oldest teams in the NFL, and they have won 6 Super Bowl championships since that time. Pittsburgh is also home to the NHL team the Penguins, and the baseball team, the Pittsburgh Pirates. For such a small city of only 300,000 people, they have several very successful major league teams that have loyal fan bases both at home and across the country.

While art cities like Austin or major financial hubs like Houston may get all the shine, Dallas is known for its sports fans that stand by their teams. Their NBA team, the Dallas Mavericks, is beloved by Texans everywhere and is consistently one of the best picks for the NBA futures southwest division. While basketball is popular here, nothing compares to the absolute obsession and admiration that Texans have for the Dallas Cowboys. The Cowboys are easily considered one of the most iconic teams in all of the major leagues and are one of the most recognizable brands in the world, similar to the New York Yankees. Their AT&T Stadium is one of the most well-known landmarks in Texas. Like many southern states and cities, Dallas is also very supportive of their local college-level sports teams.

While the weather is nothing to brag about, Buffalo can truly be called one of the best sports cities in the United States. Buffalo is a city that loves and supports their major league teams through it all, and religiously shows up to their games both at home and away. The city is fortunate enough to have both an NFL team, The Buffalo Bills, and an NHL team, The Buffalo Sabres. Even though the frigid winters, Buffalo fans still make it out to attend games.

Boston is a city that’s known for many things. While it has a lot of historical significance and a large economy, the Boston area may be most famous for successful sports teams. The Boston Bruins is a hockey team that has been around since 1924 and has won 6 Stanley Cup championships. Boston is also home to the New England Patriots, an NFL team that could be called one of the most successful teams of all time. The team has won 6 Super Bowl championships, a great feat. While these two teams alone would be enough to satisfy any serious fan, Boston is also well known for their baseball team, the Boston Red Sox. The team was first established in 1901, and boasts an extensive history with numerous championship titles.

Philadelphia is a celebrated city rich in culture and historical influences. Located in a geographic location that makes it close to New York City, Baltimore, New Jersey, and New England, the city brings a lot of pride in their sports teams and a healthy rivalry with neighboring cities. Philly has a team for every major league sport, including soccer, football, baseball, and hockey. It is truly a challenge to find a city that is more supportive of their teams. Their MLB team, the Philadelphia Phillies, is credited with being the oldest sports team in the US that has never changed its name. Their NFL team the Philadelphia Eagles, won their first Super Bowl in 2017, although they have numerous division championships. They also have the NBA team the 76ers, and an MLS team, Philadelphia Union.

Los Angeles attracts thousands of tourists every year with its warm weather, popular vacation spots, and incredible culture. While there are many things that can be said about LA, there’s no denying that it’s also one of the best sports cities in the US. The city is lucky enough to be the home of two NFL teams, the Los Angeles Chargers and the Los Angeles Rams. Both teams have a history with the city and have recently moved back to the area. In addition to the NFL, the city also has two NBA teams, the Clippers, and the Lakers, an MLS team, Galaxy, and an MLB team, the Dodgers. Of all of their teams, the most famous and successful is the Lakers, a celebrated team that has had some of the most talented players in history.

New York City is one of the most famous cities in the world for everything from food, to art, and sports is no exception. Here, New Yorkers are privileged to say they have two teams in every major league sport. In the NFL, NYC has the New York Jets, and the New York Giants, with both teams being very popular among football fans. Of course, when you think of NYC you might immediately picture the iconic blue and white hats with the logo of The New York Yankees. This team is possibly the most well-known sports team in the world and is valued at a staggering 5 billion, making it the most valuable baseball team in MLB. While it may be hard to compete with the popularity of the Yankees, their second MLB team, the New York Mets certainly try. The two NYC hockey teams here are the New York Rangers and the New York Islanders, and in the NBA there are the New York Knicks and the Brooklyn Nets.

Things Everyone Should Explore When Using TikTok 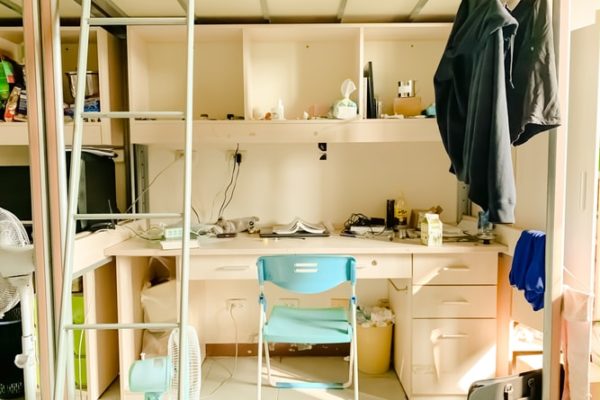 Writing Essays or Playing Games? How Should a Student Spend Quarantine

Which Type of Home and Land Packages in Melbourne is Best for You?

Melbourne, the capital of the Australian state of Victoria, is home to some of the most notable landmarks in the...