6th May 2019 marked the first Monday of May which also meant the day of Met Gala. The Metropolitan Museum of Art’s Costume Institute never fails to show us the blend of fashion and art. This year showed a camp-based theme and the guests were expected to style their best interpretation of humor, irony, artifice, parody, theater, and more. The event was hosted by Serena Williams, Lady Gaga, Anna Wintour and Harry Styles this year. Find out who wore what to make this event worth what it is.

Since there were innumerable celebs putting up their best show, we could only handpick a few that you can’t miss out on. Check out the best-dressed guests at Met 2019:

Lady Gaga is always hard to miss, but this year she went all out at the Met! She appeared in a hot-pink Brandon Maxwell gown with several assistants helping her get the perfect pictures. Just when the photographers were done she opened the pink dress and revealed herself in a black gown. She stripped again and was seen in the same shade of pink and yet another gown. Lastly, she opened that too and slayed with the barest.

Remember his cape at the Golden Globes and then his suit-dress at Oscars? Who thought Billy Porter could outdo himself at the Met? Well, his entrance was no less than a character entering the Broadway. He looked like an Egyptian Pharaoh who was carried on a bed upheld by six men. He got down, only to spread his golden wings and posed like a bird.

Looks like Jared Leto loved how the Gucci models walked with replicas of their head during fall 2018. He took up the concept for Met 2019 and also wore a red over-the-top-gown with the right amount of accessory it needed. The Gucci head costs around $13,000 but is totally worth it when you have another pair of those shimmery blue eyes!

Katy is definitely the most lit inside to have pulled off looking like a chandelier. She wore a white body-hugging off-shoulder dress that was heavily accessorized with crystal-like pieces. There was a small chandelier on her head and the bigger one around her waist, and every piece of the candle was glowing. Later, in the evening, she changed herself into an amusing hamburger-shaped outfit.

Ezra wore a mask-costume and he carried a face cover just as he got out of his car. He wore a white accessorized shawl-like cover across his chest only to unbutton into a neat suit. However, when he removed the mask from his face, we found three painted eyes on his forehead and two below the real ones. His look was aimed to give an optical illusion. Even though his dress wasn’t making a mark, the way he carried the look definitely was!

Janelle pulled off an amazing Picasso-inspired look from the time the artist was inspired by African masks. Her left boob was painted like an eye and had long lashes blinking every time she wanted it to. Her look was perfected by Christian Siriano who brought realism into art. Apart from what she wore, you can’t miss out on how the doubled hat added the fashion statement.

Cardi B probably had the largest gown that replicated how placenta looks like. She wore a ravishing Thom Browne piece and was in blood red from head to toe. If you’re familiar with the bodily organ, you’d surely think she’s pulled off this look really well.

Newlyweds Priyanka and Nick had first met at Met Gala 2017 – no wonder why this year was more special to them. They came in together but we have to admit that she took away all our attention. Her eye-catchy Dior outfit and futuristic makeup, the outsize hair and the over-the-top crown, everything just worked well! Nick definitely complemented her look in a sheer white suit and accessories to look out for!

READ  Why Do Indian Brides Wear a Mangalsutra?

The Jenner sisters were spotted together in Versace and were looking outstanding in feathery gowns. Kendall posted images of the wicked stepsisters on her Instagram handle to express the look that inspired their outfits. Well, their expressions in most pictures lived up to their concept. Moreover, let’s take a moment to appreciate Kylie’s lavender hair color!

Over 3,000 hours of embroidered work, done by 52 people, went into creating the finesse that Celine Dion wore at the Met. Created by Oscar de la Renta, this was a gown inspired by glitzy costumes of Ziegfeld Follies. The ensemble was made from 18 panels, entirely hand-beaded, and weighed 22 pounds. We can’t disagree that every bit was worth it and Celine looked like an absolute Goddess.

As usual, Kim made a grand entrance wearing a skin-tight nude dress. It was a Mugler dress that made her waist invisible as it was dripping in sequins in beads that looked like droplets. With hair that looked that she’s just out of a shower, she literally nailed yet another fashion event.

Michael Urie was one of the men people couldn’t take their eyes off at the Met. He wore a half tuxedo and half gown and was also styled by Christian Siriano. The best part about his look was the makeup that blended the half feminine and half manly look as much as the attire did. He not only went all out with his look but also shaved off half of his facial hair and add makeup to it instead.

We definitely missed watching celebs like Rihanna, Taylor Swift, Ariana Grande, Justin Bieber, Chadwick Boseman, among others. Stay tuned for more fashion updates and take the best of cues from us!

Know Why Loafer Shoes Are Cult-Favourite For Styling Your Outfits

The Mighty Patek Nautilus and Its Powerful Watch Collections 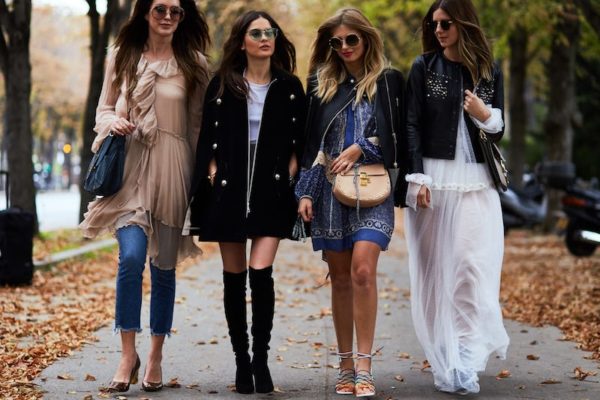 How fasting during Ramadan can help you lose weight?

Ramadan 2019 has just started, and it is that time of the year when followers of Islam fast for forty...