Robert Downey Jr. is an American actor, producer, and singer. He is among the most popular and richest actors in the world. He is 54 years of age and is known for starring in movies like Chaplin, Kiss Kiss Bang Bang, Zodiac, Sherlock Holmes, and Tropic Thunder. The actor gained worldwide recognition for his role as Tony Stark/Iron Man in the teen movies of the Marvels Cinematic Universe, including the standalone Iron Man movies, as well as the Avengers series.

Robert Downey Jr. was born in New York City on the 4th of April, 1965. Both of his parents were involved in films. His father, Robert Downey Sr., is an actor and a producer, while his mother, Elsie Ann, was an actress. Robert and his older sister Alysson were hurled into the world of films and performing arts at a tender age.

Robert and Alysson grew up in Greenwich Village in New York. Young Robert was surrounded by narcotics. His father was a drug addict and he allowed young Robert to use marijuana at the age of six. He later stated that doing drugs with his father was the only way he could emotionally connect with him. When parents divorced in 1978, he moved to California with his father.

Robert Downey Jr. made his acting debut in Pound(1970), at the age of five. Robert Downey Sr. wrote and directed the movie. Two years later, he appeared in another one of his father’s films called Greaser’s Palace. He used to study at the Stagedoor Manor Performing Arts Training Center in New York.

Robert Downey Jr. tried his luck out in the theater. He appeared in the Off-Broadway musical American Passion in 1983, which was produced by Norman Lear. In 1985, he became a part of the new cast hired for Saturday Night Live. But the show received poor ratings for an entire year, and Robert and the rest of the new cast members were dropped from SNL. Critics slammed his performance. Rolling Stones magazine even called him the worst SNL cast member ever.

However, 1985 was a breakthrough year for Robert Downey Jr.  He appeared alongside James Spader in the film Tuff Turf, and later in the John Hughes film Weird Science. This was the beginning of Robert Downey Jr net worth. He was considered for a role in the teenage romantic comedy film Pretty In Pink, but the role went to Jon Cryer of Two and a Half Men fame.

Robert Downey Jr.’s first lead role came with the movie The Pick-up Artist, where he starred alongside Molly Ringwald. He appeared in several coming-of-age films in the 80s and as such, was considered to be a member of the Brat Pack, a name given to a group of actors who often appeared together in such films with teenagers as the target audience.

His other films in the 80s include Up the Academy(1980), Baby It’s You(1983), Firstborn(1984), Girls Just Want To Have Fun(1985), Deadwait(1985), Back To School(1986), Less than Zero(1987), etc. His performance in Less than Zero was widely praised by critics. He played a drug-addicted rich boy in this movie, and it affected his real-life since he was already involved with drugs. All these films built the foundation for Robert Downey Jr net worth.

In 1992, he appeared in the movie Chaplin, which was produced and directed by Richard Attenborough. He played the title character Charlie Chaplin in this movie, for which he prepared thoroughly. His performance as Chaplin earned him an Academy Award Nomination for Best Actor, losing to Al Pacino in Scent Of A Woman. However, he did win the BAFTA Award for Best Actor that year.

From the mid-90s to the early 2000s, he faced a lot of trouble with drug abuse, leading to arrests, rehab visits, and jail terms. However, he made a comeback in 2003 with The Singing Detective and Gothika, which also starred Halle Berry and Penelope Cruz. After making his comeback, Robert Downey Jr net worth, further increased.

He appeared in many critically acclaimed films before starring in the Marvel film Iron Man in 2008, which earned him worldwide fame. He reprised his role as Iron Man in a number of Marvel movies, all of which received huge box office success, making him a household name and one of the most recognizable movie stars internationally.

Robert Downey Jr net worthsuffered a setback due to his drug abuse.  His father, Robert Downey Sr., was a drug addict and he picked up the habit from him. He played the role of a rich drug addict in the 1987 movie Less Than Zero, which, according to him, turned him into an exaggeration of the character in real life. In 1996, he was arrested for speeding on Sunset Boulevard. The police then found in his possession some cocaine and heroin, as well as a handgun.

A month later, he wandered into a neighbors home, while under the influence of drugs, and passed out on his bed. Robert spends six months in jail in 1997, because he missed one of his court-ordered drug tests. In 1999, he missed another one of these and was sentenced to 3 years at the California Substance Abuse Treatment Facility and State Prison.

In 2000, he was arrested by the police who searched his room and found him under the influence of drugs and in possession of cocaine and valium. Later, in 2001, police officers found him walking barefoot in Culver City. He had cocaine in his system but was released after a few hours. After this incident, he was fired from the sets of the TV show, Ally McBeal. He also lost his role in the film American Sweethearts.

His trouble with drugs led to Woody Allen not being able to cast him in one of his movies because he could not get insurance on Downey.

Robert Downey Jr. turned his life around with the help of Susan Levin, who was the producer of Gothika. He later married her. Mel Gibson, who’s a close friend of his, paid off the insurance money for the film, The Singing Detective, which paved the way for Downey’s comeback in movies. One producer held back 40% of his salary until after the production was over, due to his drug problems.

Robert Downey Jr. did some memorable roles after his comeback, due to which Robert Downey Jr net worthbounced back up. He did the 2005 comedy thriller movie Kiss Kiss Bang Bang, and the 2007 David Fincher mystery thriller Zodiac, both of which received commercial success. But it was in 2008 that he starred in his first blockbuster film Iron Man, which was a worldwide hit, grossing over $585 million. Since then, he hasn’t looked back and has risen to the status of a global icon.

Robert Downey Jr. is among the richest movie stars in the world. Robert Downey Jr net worth 2019 was $300 million. In 2018, he was listed as the third richest actor by Forbes, with a net worth of $250 million. He earned huge sums of money from starring in the Marvel Cinematic Universe(MCU) films. These films have earned more than $14.4 billion worldwide.

His endorsement of various brands has also added to Robert Downey Jr net worth. He has promoted brands such as Apple, Kraft Foods, HTC, Audi R8, Broncho, XFINITY, etc. He earned about $12 million from his endorsement partnership with HTC.

READ  Are There Women Who Like to Be Spanked?

Robert Downey Jr.’s vast wealth allows him to live a luxurious life. In September 2009, he bought a seven-acre land in Zuma Beach. This Robert Downey Jr house measures 3538 square feet, containing 4 bedrooms, not including the 2 bedrooms in the barn that has been converted into a guesthouse. The house costs around $13.8 million.

He has another 3384 square foot home in Malibu, containing 3 bedrooms and 3 bathrooms. The house contains a pool, a fire pit, a hot tub, an entertainment area, and an area for playing golf. The living room is fitted with retractable glass walls, ensuring the light gets in. The kitchen has eight burner stoves, two sinks and a separate fridge for keeping wine.

In the 80s Robert Downey Jr. used to date Sarah Jessica Parker. The couple later separated due to his addiction problems. He later married fellow actor Deborah Falconer in 1992, making her the first Robert Downey Jr wife. The couple had a son in September 1993. However, Downey’s repeated drug-related offenses and jail time strained their relationship, and in 2001, amidst Downey’s sentencing to rehab, Falconer left him and took their son along with her. They formally divorced in 2004.

Robert Downey Jr. met Susan Levin on the sets of Gothika. Although at first, she turned down his advances, their romance gradually bloomed and they got married in 2005. Downey has a tattoo on his bicep which says ‘Suzie Q’, as a tribute to Susan Levin. They had their first child, a son in 2012. A second child, a daughter, was born in 2014.

Downey is close friends with Mel Gibson and the two friends have supported each other during hardships. At the 25th American Cinematheque Awards, he chose Mel Gibson to present him the award, and then gave a speech about why he was so important in his life.

Apart from these, he has also won two Golden Globe Awards for Short Cuts and Sherlock Holmes, and a Kid’s Choice Award for Iron Man 3. He has won Saturn Awards for Heart and Souls, Iron Man, Iron Man 3, and Avengers Endgame. His role as Iron Man has also earned him three Teen Choice Awards. Furthermore, he has won a Golden Globe award for his performance in the TV show Ally McBeal.

Aaron, a 7-year-old child suffering from a rare skin disease made an appeal to Robert Downey Jr., for his help in spreading awareness about the disease. He made a video for ROHHAD’s social media page, requesting the Hollywood start to take action.

As a response, Downey Jr. reached out to him and made a video regarding the disease. He also held a fundraiser event. In the video, he stated that for every $10 donated, there will be a chance to watch the premiere of Avenger’s Age of Ultron alongside him. This helped raise millions of dollars.

He gifted a bionic Iron Man arm to a kid with an impaired right hand. Downey Jr. is also a volunteer in an NGO called Clothes Off Your Back. He also works with an NGO called Orca Network, which works on endangered aquatic species. 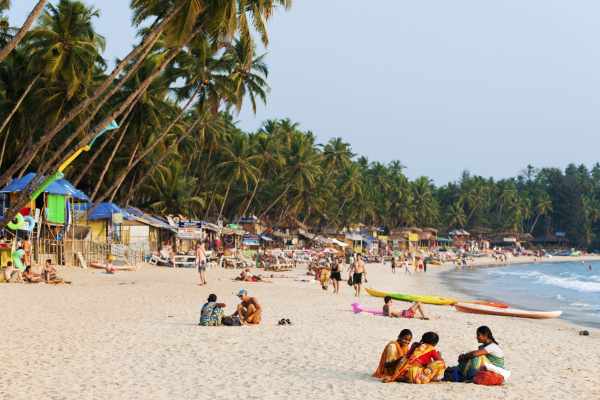 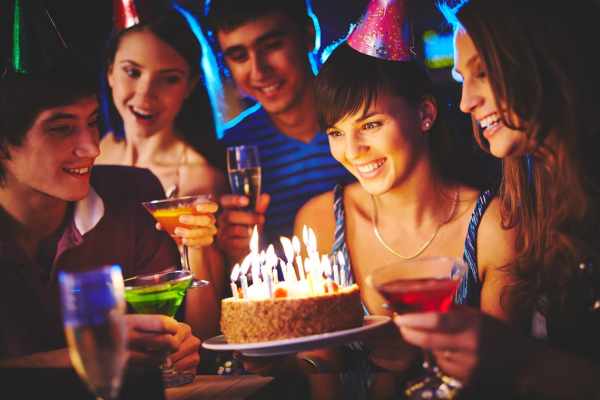 Amazon Leadership Principles – Tips to Prepare for Your Interview

Every individual has values when it comes to their work. From what drives them to the ethics they maintain, their...