People visit Australia for several reasons and the Australia National Animal is one of them. As you already know or have guessed that they are kangaroos, we will give you some fun facts about them.

Kangaroos are adorable, unique, and exotic for people all across the world as they are found only in this nation. These animals hop all over and are usually friendly. Kangaroos have species like all other animals and the red ones are the largest species.

There are four types of kangaroos – eastern grey, western grey, antilopine and red kangaroos. The red ones are usually two meters tall and weigh 90 kilos. The eastern kangaroos make up the largest chunk of the kangaroo species and there are around 50 million of them.

Here are some of the facts you need to know about the national animal of Australia:

The First Peoples of Australia used to hunt kangaroos for thousands of years and use both skin and meat. The name ‘kangaroos’ is derived from the Indigenous language. The animal has a significant role to play in different bedtime stories along with cultural and social significance.

2. An early symbol of Australia

British colonist was fascinated by the exotic kangaroo species and this was recorded as Kanguru by Joseph Banks in 1770. The botanist explained how kangaroos have a head like a deer without the antlers and that they hop like a frog. After the illustrations captivated the European audiences, the animal became a symbol of the distant continent.

In the last two centuries, the Australia National Animal became an unambiguous emblem of the country. The animal is found on the Australian Coat of Arms, Tourism Australia logo, tails of Qantas planes, many parts of the Australian Defence Force like stamps, coins, and more.

4. A pouch but not a pocket

The female red kangaroos look grey in color and protect their babies in the pouch. They have a fold of skin that covers their nipple. Many people think that kangaroos have natural pockets. These are like small holes for babies to climb and feel comfortable.

5. They have replaceable teeth

Kangaroos and crocodiles are the same in this case – their teeth get replaced. Due to the rare process of polyphyodonty, the first set of their teeth fall out and replace with permanent ones. It is rare in mammals making elephants and kangaroos the only animals with replaceable teeth.

Male and female kangaroos’ box-fight with each other and compete for water. They stand high on each other’s legs to paw and kick each other. An image of ‘boxing kangaroo’ is the most common symbol to signify sports in Australia.

Most people who drive through the Australian outback have seen kangaroos warnings on the way. They are common and dangerous on some Australian roads and areas like this. Moreover, a kangaroo that weighs 90 kg and hops 50 km/hour can cause serious damage to you and your car. Australians usually have ‘roo bars’ that work as a protective shield for vehicles. The most common time to have a collision with a kangaroo is during sunrise and sunset.

One of the reasons that make kangaroos more special to the natives is because of the meat. Most doctors recommend Australians to not have beef and replace it with kangaroo meat as it has low methane. If you’re new to trying it you must add steak, pizzas, and sausages to your list.

Many places got their name because of kangaroos. Some of them are Kangaroo Island in South Australia, Kangaroo Flat in SA and Victoria, Kangaroo Point in Queensland, Kangaroo Rivers in NSW, and more.

10. The mascot of the Czech football club

The national football and rugby league teams have been named after the Australia National Animal. But why did a Czech football team add kangaroo in their shirts? The team Bohemians Praha 1905 added a kangaroo in their logo after they made a tour in Australia in 1927. They were awarded two kangaroos that they donated to the Prague Zoo and found it an honor.

See also  Guide to travel to Europe And everything about it

Where to find kangaroos in Australia?

First-time travelers to keep kangaroos must choose a safe way to interact or watch them. Check out some of the popular places to spot the Australia National Animal:

The park locates in New South Wales south coast and is a kangaroo hotspot. You need to first find a grassy area to spot them. check out the Pebbly and Pretty Beaches where many eastern grey kangaroos laze around during the evenings.

Locate this sanctuary outside Hobart, Tasmania. They operate Tasmania’s biggest 24/7 Wildlife Rescue Service and they treat animals to make them enough to return to the wild. Your entry fee in this place will allow you to contribute towards animal welfare. You will also find kangaroos hopping around in their outdoor home.

The Currumbin Wildlife Sanctuary locates in Gold Coast. It includes a large number of grey and red kangaroos and wallaby species. You will also find the busy Currumbin Wildlife Hospital that serves more than 10,000 animals every year.

Locate Lucky Bay within Cape Le Grand National Park close to Esperance. This place is near the Western Australia south coast and is famous for the best beaches. The white sands and turquoise waters include humans and hopping animals. You can spot the grey ones chilling at the beach!

The name of the place suggests why kangaroos are special! It locates off the coast of Adelaide, South Australia. 1/3rd of the island is protected by national parks, reserves, and conservation parks. You can roam free and find kangaroos around you. Be careful to not go too near to stay safe.

Kangaroos are not just the Australia National Animal but also their pride. It is a symbol of exclusivity and authenticity that no one can ever replace with anything else.

Why is Haridwar a favored destination for Hindus?

5 must visit states in your North east India Tour

Loft Hotel Rooms: What are they are why are they so popular 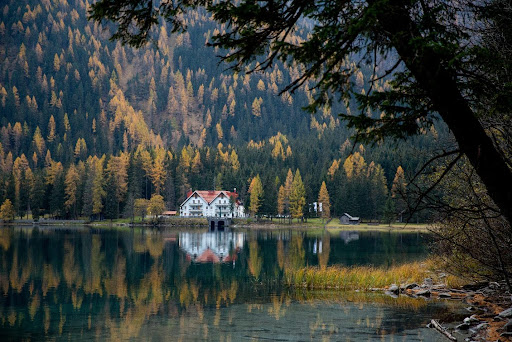