Shane Dawson recently released a video on the 19’th of October on his breakthrough million dollar deal. Shane started with a documentary on Jeffree Star and on this journey ended up a whole new plan to launch his own make- up line. Jeffree and Shane have collaborated and are ready to crack a deal on their exclusive makeup line. Jeffree guided Shane through his journey to a whole new world of selling cosmetics. Here, we will discuss all about the video ‘The 20 million Dollar Deal with Jeffree Star’ by Shane Dawson.

The series has reached the stage where the eye shadow pallet the lip gloss and everything is ready. All they need to do get the right buyer and boom they are about to fly. This episode is all about those nervous moments, the hard work that has been put in by Shane and Jeffree to start their deal crashing makeup line. So, let’s see what is the episode ‘The 20 million Dollar Deal with Jeffree Star’ all about!

Check out all that happened in the third video of their series that exhibits the life of Jeffree Star and his collaboration with Shane Dawson:

Shane selecting the logo for his collaborative brand

On March 13, 2019, Shane got a mail with nine samples of logos for his makeup-brand. Jeffree and Shane had a conversation in the past about having an iconic logo. Shane really wanted a collaborative logo something like a triangle and a star. He is really scared about not liking logo samples while opening the “PDF Logos”. Shane gets hooked to the first instantly and so does Ryland (Shanes BF). He scrolls down to other logos but finally rejects all the logos.

The night after rejecting all the Logos.

Shane and Ryland are going down the dark lane and they are about to sell their old house and are visiting the place just to pick up Shanes’s car. They both feel super weird about the changes in the house like the dining room has changed from red to white. They actually don’t like it. A visit to the kitchen by Shane reminds him of his old food vlogging days. The kitchen is where he started all his viral food videos. Looking at the small meeting room both of them feel weird and bad. They go upstairs and see the gym room converted into a bedroom. Shane starts feeling really sad looking at the old house and jokes about converting it into a museum or something. Shane kisses the refrigerator and thanks to it for giving him company even at 2 am.

READ  The Biggest Sports Cities in the US

Jeffry calls for a business meeting to decide the numbers. They want the exact number to be produced. Shane is about to have a big panic attack about this meeting. This happened on March 19 and Jeffree is planning to make the first call to Morphe. Jeff actually wants to know the purchasing number so that they can interproject how much to produce.

Jeffree is about to ask Morphe what exactly they can offer Shane for an exclusive collection only for their stores and website. If the numbers are not enough, they can go on their website or full out there in the market, because they want to sell like whores. The financial team needs a six-figure number which is very astonishing for Shane. Morphe is expected to support the videos and the overall launch of the Shane Collection. The clock is ticking for the guys to order stuff needed to prepare the final batch.

Emine, Morphe’s Executive really wanted to know if Shane and Jeffree are on the same page with them about the whole plan. So, the main palate is the conspiracy palate, it has 18 colors it very safe but at the same time dangerous. Well, previous market research done by Emine suggested that she is more into nudes and browns. She likes more basic stuff. But, Shane and Jeffery also wanted to create some attractive colors at the same time to make people dive into their eye shadow palette.

Getting back to the conversation Shane explains Emine that it more like black and white with a pop of colors as you are more into black and white. She agrees with him.

The last new item is a pure clear glass lip gloss. There will be a mirror in the makeup collection just like the star but in a different shape. There will be makeup bags and Shane has some dope stuff collection! That’s like the bulk collection. It’s a lot more than Morphe expected.

Emine has a query about the timing of the launch and indirectly points out to September or Mid-September would be great. But, Jeffree and Shane want the collection to launch on November 1. They do not want their palate to be Halloween collection. Instead, they want it to be a holiday and party collection.

That is a jaw-dropping date for Morphe. She askes them if they could shift it to October or something. Shane explains that he finds October very cheesy and specific to Halloween. Where the palate will be considered as spooky and scary. Emine is not so sure.

Jeffree asks them to mute the conversation. According to him, they are panicking as there is someone else launching their product before them and trying to convince Morphe to shift the dates.

Shane clarifies this by asking about the dates and is there a possibility of another launch at the same time or something. She replied to it by saying- “That there is a possibility and we want you to have full coverage like everywhere on social media, and any other platforms.”

Shane and Emine both agree that this is a huge thing. Shane wants Morphe to be all out during the process, even during the series. He told her that, he never sold a product or been part of any launch, so this huge for him. He wants to show every bit of it even the meeting that they are having at the moment. 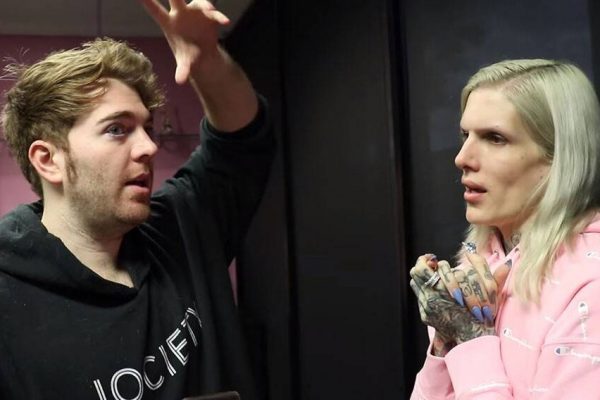 We all have different roles to play all through the day, and every role needs us to look a certain...